Is The IOT Killing The Fixer?

Today, the Internet of Things (IoT) and the ever-advancing technologies that underpin it are creating machines that know when they’ll break — so that we can stop them before they do. 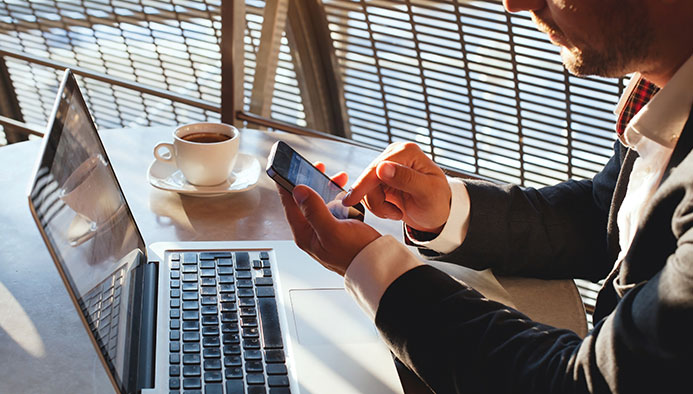 Sometimes we barely notice them. The fixers. The men and women who quietly keep society moving by repairing our cars, trains, computers, printers, fire alarms, CCTV, petrol pumps, plumbing systems—the machines that run our lives and our businesses.

But the industry of fixing, better known as field service, is changing. Dramatically. Traditionally it looked like this: a machine broke or a part malfunctioned and a field service engineer would be dispatched to fix it. They’d evaluate the issue and repair the fault, or if a part was required that they didn’t already have in their van, order it and come back another time to install it. It was — and in many corners still is — a long, reactive and not-particularly-optimised process.

From Break-Fix To Guaranteed Uptime

Today, the Internet of Things (IoT) and the ever-advancing technologies that underpin it are creating machines that know when they’ll break — so that we can stop them before they do. Manufacturers are building machines with cloud-based connectivity and monitoring sensors that alert field service teams when a part is performing less than optimally. This helps them diagnose issues before they become problems, circumventing the need for an in-the-field fix and the antiquated lengthy process that goes with it.

It means that traditional service level agreements (SLAs) are on the path of the dinosaur. The break-fix model is at the core of traditional SLA pricing, which is based on x hours of support/labour, x amount of parts/materials, etc. Field service providers are now using outcome-based pricing models instead. Rather than x amount of service, customers get x levels of guaranteed uptime.

IoT advances are the root cause of the shift, but the customers themselves are driving it forward. Break-fix models and customer satisfaction don’t really go hand in hand. If a machine has broken down, the customer’s business has already been impacted. Yes, a speedy response and first-time fix by the service provider will help minimise disruption and losses — but it won’t eliminate them. The downtime’s happened. If customers can avoid this, they will. The IoT has enabled circumstances whereby machines do not break down at all and it’s something that today’s customers have come to expect.

Espresso Service Ltd is one example of a field service organisation that has moved away from the break-fix model, focusing instead on uptime levels. Many of the coffee machines it is contracted to maintain are IoT-enabled, with sensors feeding telemetry directly into its Tesseract service management system. This ability to monitor equipment remotely through Tesseract has transformed how Espresso Service does business.

Dan Sewell, chief operating officer for Espresso Service, said in a recent interview with Field Service News that asking what its customers actually want was key to its decision to embrace the IoT: “They want their machine working, but actually, if that’s given, they want to know what they’re making from their machine and how it’s performing. That’s actually what they want to see.” He goes on to explain that first-time fixes aren’t important anymore because the customers don’t care about it. What they do care about is selling coffee.

The Rise Of SaaS

Exactly the same thing has happened to the software market. Everybody’s offering software as a service (SaaS) — cloud-based, centrally hosted systems that are managed and maintained in-house by the provider. Server-based systems are subject to the break-fix model and the risk of IT downtime that goes with it. If a cloud-based application like Tesseract goes down, the system seamlessly and automatically switches to another cloud environment — and the customer rarely knows anything about it.

Mike Bresnihan, chief operating officer for long-standing Tesseract customer Industrial Cleaning Equipment Ltd, says this: “Unlike the server-based system we had before, which could go down at any moment, there’s no chance of downtime with Tesseract. We’re able to depend 100% on the resilience of Tesseract’s cloud and not worry about our office, our field engineers or our customers losing access to the system.”

Where Does This Leave The Fixers?

With the IoT powering remote and automated fixes and reducing the need for reactive maintenance, it’s easy to imagine a reality where technology takes jobs away from field service engineers.

This, however, isn’t entirely true. Rather than taking jobs away, the IoT is changing jobs. Engineers who are prepared to reskill and work with technology will retain their relevance. Data analysis will still need to be done by humans, and decisions about when to fix and when to replace will still need to be made by them too. Ideally you want the people doing this to be intimately familiar with the machines they’re managing, with a keen understanding of their past and future capabilities.

The fixers currently entering the profession are digital natives, who’ve grown up with a smartphone as an extra appendage. They’re comfortable with all things digital and will be on the front lines as people and technology become further and further entwined. The IoT isn’t replacing them, it’s helping them. It’s helping them provide a faster, more efficient and more preventative service, ensuring optimal machine performance at all times — which, at the end of the day, is what customers care about most. 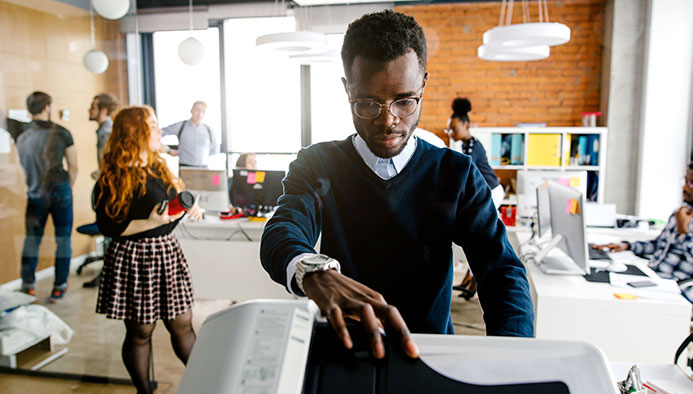 How To Boost Your Margins in a Declining Office Equipment Market 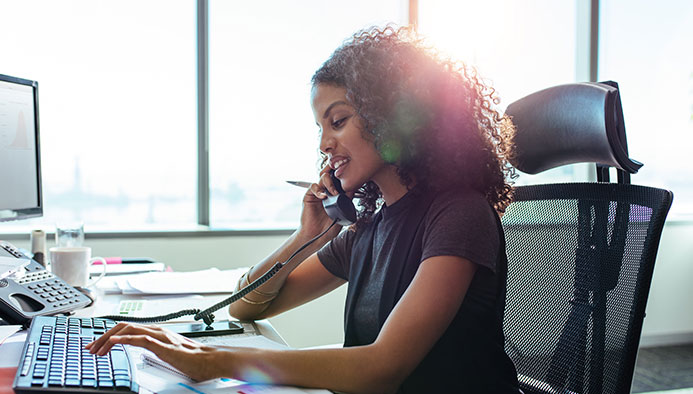 Market Trends
When a piece of equipment goes wrong, what’s the first thing you do? Contact your supplier and ask...

Five Fire and Security Trends To Watch Out For During 2022

Get the latest news and updates from Asolvi